Massa Lubrense, a corner of Paradise 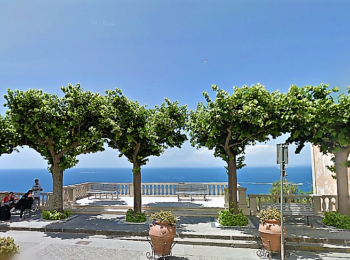 Massa Lubrense, first part of the Duchy of Sprento and the the Kingdom of Sicily, acquired great importance in the Swabian period, but suffered a sharp decline in the Angevin period. In  1465, Ferrante of Aragon destryed Annunziata, the most important town, home of the Bishop as well as the civil authorities.

During the Spanish viceroy, Massa Lubrense went through a period of turmoil due to the frequent invasion by Turkish pirates and the plague of 1656. Better times came with the Burboun tule, when craft activities and trade flourished, mostly via the sea.

The inhabitants of Massa have Always partecipated actively in politcs, not only ub their own area but also in Naples, contributing to the birth of the Neapolitan Republic. In 1808, Gioacchiono Murat directed the military operations against tbe British occupying Capri from Villa Rossin in Annunziata.

After the First and Second World Wars, there was intense migration to the Americas, New Zealand and Germany. This trend was reversed with the opening of quarries (the most important of those being in Vitale and Jeranto, now both dismissed) that attracted workers form Sardinia, who progressively integrated with the local community.

When entering the territory of Massa, the landscape and coastline change sudently, with the triumph of nature and a series of beautiful views of Capri, which enchant and bewitch. It as if suddently going back in time, exploring the small houses, hamlets and villages that, unique among the among the towns of the Sorrento Coast, are located on both coasts, with Marina di Puolo and Marina della Lobra in the Gulf of Naples and Marina del Cantone in the Gulf of Salerno.

The entire stretch of coastline has been protected with the creation of the Protected Marine Area of Punta Campanella, while higher up, the hill and mountain peaks are crossed by numerous trails for the enjoyment of hikers and day-trippers.

It is coincidence that this area’s main economic drivers are quality agricultural production and tourism, especially for those who love places that are not fully urbanized with predominantly green vegetation and the blue of the sea

Sourches: Secrets and Wonders of the Sorrento Coast