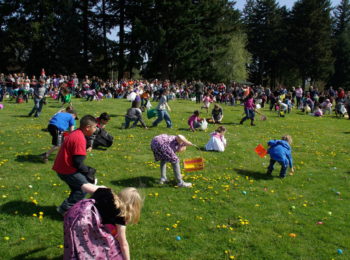 The traditions that make up our life very deep roots  and the choice of the Easter egg to celebrate the resurrection of Christ is linked to the egg as a symbol of life.

There is not a child who does not want a chocolate egg for easter. For the surprise inside, for the cherfulness of the package and naturally for thechocolae, in its shell form, so thin, it seems to be a lot but doesn’t make the mothers worry.

Eggs have been created to celebrate Easter since 1850. It is nice to think that chocolate Easter eggs are used only in Italy… In Germany, for example, the symbol of Easter is a rabbit, whereas in Argentina, Australia, United States, that is in all countries where they are large Italian communities, they also use the Easter egg.

Since its creation, the eggs contained surprises, and it’s this that made it so successful. A sweet chocolate shell is the only barrier that separates you from your present, and breaking the egg is not a sin, on the contrary! There are many things that can be put into the eggs to satisfy the needs of all: you can bewitch the children with the latest toys, and entice adults with precious surprises chosen for the person who will receive the egg. The packaging, in addition to protecting the egg, also shows if the surprise is for a boy or a girl; sometimes it is enriched with another present, often a cuddly toy that is larger than the egg itself.

At times for Easter it was customary to “sing the eggs”: Young people went from house to house with baskets of eggs in Exchange for a sweet  or money. the celebration continued by decorating eggs and hiding them in the grass around the house. There were then the Easter egg hunts: each colour had a value and at the end the “hunters” were awarded based upon the eggs they found. In the countryside, where the traditions are deeply rooted, some mothers still organize Easter egg hunts, and the celebration does not only involve the children: often also the adults pretend to be observant hunters.